Bencore will participate at the next Fuorisalone from June 6 to 12 at “Ordine degli Architetti” in Milan and it will present the installation "Table de Pierre".

Conceived and designed by the internationally renowned architect Italo Rota using entirely the Wasbottle material in its variants Paint and Magma, "Table de Pierre" is a pure and 100% sustainable project because it does not contain pastes or glues. Rather, it was chosen to use the "dovetail" interlocking system, an ancient technique, recovered to give solidity to the structure and to become a motif of ornamental impact.

The concept behind the creation of "Table de Pierre" has a threefold interpretation:
1) Pierre as the master Pierre Chareau from which the design idea of Arch. Rota is inspired.
2) Pierre as a stone, a reinterpretation of recycled plastic that becomes the new milestone on which to build the architecture and design of the future within circular economy.
3) Pierre as an acronym of "Public Relation" (PR) as the emblem of a message of recovery and recycle, speaking directly to the public through its form and its material without the use of intermediaries.

Italo Rota chose Bencore because His architectural and design work aligns with the company’s values and has been focusing for over thirty years on a constant and advanced cross-disciplinary research, from contemporary art to robotics, for the definition of innovative projects where humanistic beauty and sustainability become integrated and disruptive elements. The Architect counts among his most important works the renovation of the Museum of Modern Art at the Centre Pompidou in Paris, the Museum of the twentieth century in Piazza Duomo in Milan, the headquarters of the Columbia University in New York, the Hindu Temple in Dolvy in India and the Italian Pavilion for the EXPO Dubai 2020. 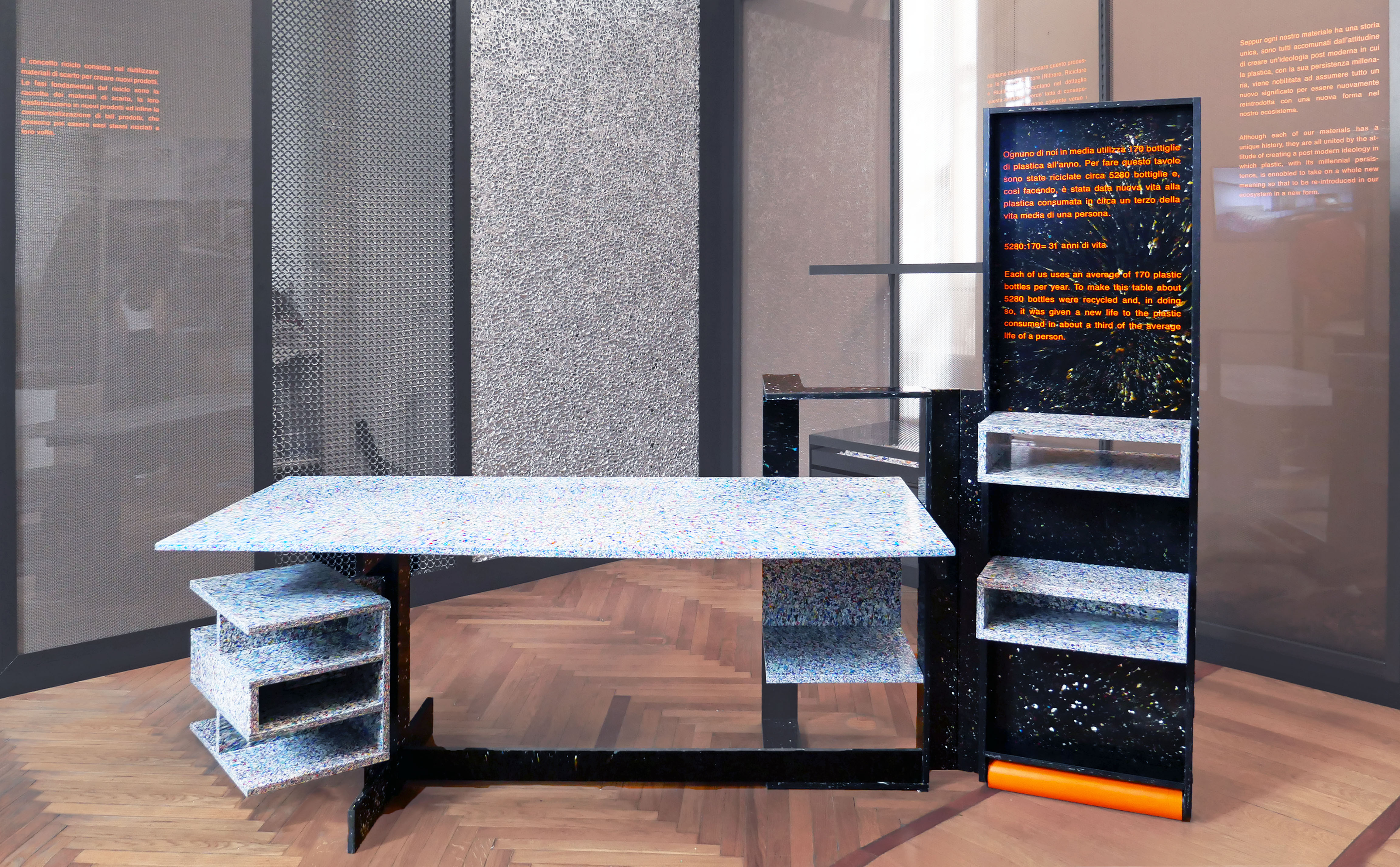